It’s October, for a few more days anyway. So why not let the Oktoberfest theme saturate everything in your life, and even extend to your love for jerky? In general, jerky pairs well with just about any cold bottle of suds, but if you have a more discerning palate or a special occasion, here are a few guidelines to think about when pairing jerky with beer. 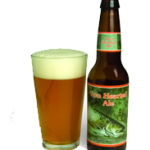 It’s currently open season on deer now so this is a good place to start. As one of the most popular game meats, venison makes an excellent jerky with a mild flavor. Cracked pepper flavored venison would pair nicely with an IPA, as the salty, rich meat flavor would balance the bitterness of the beer hops and alcohol content. The bubbles would be very refreshing. Think herbal aromas cut with cracked pepper and you will be hooked. 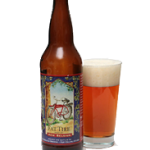 Thanksgiving is right around the corner which means open season for turkey eating! Turkey jerky would make a festive appetizer to start off the big day, revving up the metabolism in order to prepare for the impending gobble fest. A unique but interesting pairing would be a red ale, characteristically difficult to define – except for the color red. These are big tasting beers that finish clean that would complement the mild taste of turkey jerky. Either spicy or original flavor washed down with a red ale would give you something to give thanks for. 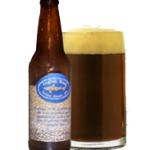 Ah, beef: the old jerky standby. It’s easy to find and easy to eat, and available in a tremendous amount of flavor varieties ranging from extra spicy to garlic cracked pepper. An easy go-to beer pairing with beef jerky is the under-appreciated brown ale. Flavorful yet smooth, drinkable and thirst-quenching, brown ale is hearty enough to match the richness of beef without overpowering any awesome flavors. Cool the heat of your next batch of Habanero Beef Jerky with a frosty mug of brown ale. 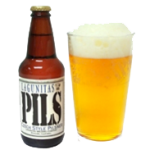 Fish jerky is great any time of the year, and it’s a great light and nutritional snack for those watching their figure. If you like things on the lighter side, you’ll love fish jerky paired with a nice light pilsner. Whether you’re in the mood for salmon, tuna or trout, pair your underwater snack with a can or two of liquid deliciousness.

Tis’ the season for drinking beer! With ball games and holidays, do your taste buds a favor and blow the foam off a few beers with your favorite snack, jerky! Impress your friends with this handy pairing guide and experience beer + jerky culinary bliss.