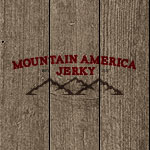 When adhering to a gluten-free diet, it can be difficult to find nutritious and flavorful foods that fall into the “acceptable” category. Sure, Rice Chex and Dr. Pepper are gluten free and taste good, but are they filling? Feel like you need a bowl of ice cream to top that off? Can man/woman live on END_OF_DOCUMENT_TOKEN_TO_BE_REPLACED 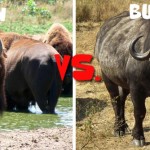 Big, hairy and unpredictable, the American Bison (bison) roamed in large quantities in North America when Columbus landed. Early settlers called them Buffalo, as they look similar to Buffalo found in parts of Europe and Africa. The name has simply stuck, but scientifically, it’s different but acceptable. So what is the difference between buffalo and bison? END_OF_DOCUMENT_TOKEN_TO_BE_REPLACED